Synopsis: Every day in Vienna the amount of unsold bread sent back to be disposed of is enough to supply Austria’s second-largest city, Graz. Around 350,000 hectares of agricultural land, above all in Latin America, are dedicated to the cultivation of soybeans to feed Austria’s livestock while one quarter of the local population starves. Every European eats ten kilograms a year of artificially irrigated greenhouse vegetables from southern Spain, with water shortages the result. This documentary about food and globalization traces the origins of the food we eat, depicting fishermen and farmers, long-distance truckers and high-powered corporate executives, the flow of goods and cash – contrasting scarcity amid plenty. An insight into the production of our food, the film answers the question of what world hunger has to do with us. Interviewed are not only fishermen, farmers, agronomists, biologists and the UN’s Jean Ziegler, but also the director of production at Pioneer, the world’s largest seed company, as well as Peter Brabeck, Chairman and CEO of Nestlé International, the largest food company in the world. Erwin Wagenhofer received the 2006 Fipresci Award for We Feed the World at the Motovun Film Festival (Croatia). Other films include Agnes (short, 2002) and his latest documentary, Let’s Make Money (2008).

Synopsis: Washington Post columnist and American Prospect editor Harold Meyerson is one of the most incisive political commentators in the United States. Harold has also written about movies and entertainment (He is author of the book “Who Put the Rainbow in the Wizard of Oz?” about the lyricist Yip Harburg) so I asked him to write about anything he wanted to related to movies and politics. Harold can write authoritatively about almost anything. His fascinating review of the 1930s movie When Tomorrow Comes – a film he calls the “Lefty-est Thirties studio movie you’ve never heard of,” can be found at http://www.politicsfilm.blogspot.com/ Hope you enjoy this look back in film history which is an implicit critique of the state of filmmaking today. Kelly Candaele

Posted by iwwggrandson on June 13, 2012 in Documentary, Education, Organizing

Synopsis (IMDB): It is at once an epic story of survival, hope, and humble aspirations, of triumph, defeat, and rebirth. The face of immigration is revealed through the gripping personal stories of the individuals, the families, and the town that survived the most brutal, most expensive, and the largest immigration raid in the history of the United States.

Posted by iwwggrandson on June 13, 2012 in Documentary, Immigrants/Immigration, Manufacturing

Posted by Metro Council on May 7, 2012 in Collective Bargaining, Documentary, Industrial/Mine/Manufacturing, Organizing

07 May
Run Time: 50min.
Produced, written and directed by Donald Blank
The boom in Mississippi catfish farming, in the 1980’s, required processing plants and hundreds of workers. The mostly black female workforce had to work, in noisy and wet factories for minimum wage, without any benefits, bathroom breaks or recourse if a worker was mistreated. The Mississippi Delta, at the time, was notoriously poor, neglected, and resistant to change.This historical documentary chronicles the risky and difficult effort of a few women working at Delta Pride Catfish to organize a United Food and Commercial Workers (UFCW) local 1529 at their plant. The 1986 union election victory surprised many locals, especially management at Delta Pride. In 1990, the workers at Delta Pride struck for two months and won better wages and working conditions. The strike established local 1529 as an important player in the catfish industry, with a membership today of 3,000 workers.

Rose Turner, Mary Young and Sarah White, who initiated and led local 1529, tell the story with passion and humor.

Posted by Metro Council on May 7, 2012 in Blacks, Collective Bargaining, Documentary

Synopsis (IMDB): An illiterate cook at a company cafeteria tries for the attention of a newly widowed woman. As they get to know one another, she discovers his inability to read. When he is fired, she takes on trying to teach him to read in her kitchen each night.

Posted by Metro Council on May 7, 2012 in Drama, Romance, Unemployment-Wages, Working Class

Synopsis: An illegal Chinese immigrant falls behind on payments on an enormous smuggling debt. Ming Ding has only until the end of the day to come up with the money.

Posted by Metro Council on May 7, 2012 in Crime-Action, Drama, Immigrants/Immigration 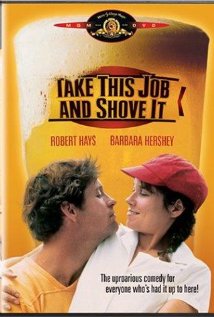 Synopsis (IMDB): The “Alison Group” has bought four beer breweries in difficulties. The young but rising top manager Franck Macklin is sent to reorganize one of them – the one which happens to be the main company in his home town. At first his old buddies are reluctant to have him as new boss, but since he can’t save all of them from the severe changes, the climate soon changes. Then he learns that he increased the profit so much, that the his bosses have decided to resell his brewery profitably to an incompetent Texas oil millionaire…