1936 crime film starring James Cagney and Mae Clarke. In the film, an honest inspector for the New York Department of Weights and Measures takes on corrupt merchants and politicians. 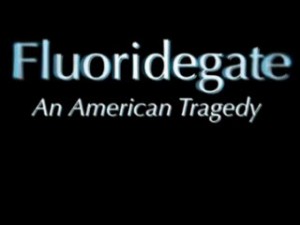 A new TV drama series featuring labor inspectors and their work started broadcasting in Japan in 2013. This is the first time ever in Japanese TV drama history. The first episode concerns a “bad employer” who harasses workers and refuses to pay overtime. In recent years, people often talk about “black companies” that squeeze everything out of their employees, and that may be why the TV company thought this kind of show could attract audience.

In any case, we are hoping that young students will watch this TV and that the number of applications for an exam to become a labor inspector (which is a relatively obscure profession at the moment, to be honest) will increase. Unfortunately the series has not been translated from Japanese.

War on Whistleblowers: Free Press and the National Security State (2013)

Not only is Big Brother now watching your every move, the Government is also preventing you from speaking out. In our new full length documentary War on Whistleblowers: Free Press and the National Security State we tell the stories of four people who were silenced and the journalists who were finally able to get their voices heard.

Synopsis: “The Informant” is a true story that parallels a mixture of “A Beautiful Mind” and “The Insider” — where real life Ph.D.s had done something extraordinary. Based on Kurt Eichenwald’s 2000 book, “The Informant” is the tale of Mark Whitacre (played by Matt Damon), an Ivy League Ph.D. who was a rising star at Archer Daniels Midland (ADM) in the early 1990s. The bipolar hero wound up blowing the whistle on the company’s price fixing tactics and became the highest-ranked executive to ever turn whistleblower in US history. Whitacre secretly gathered hundreds of hours of video and audio tapes over several years to present to the FBI which became one of the largest price fixing cases in history. In the story — a dark comedy / thriller in director Steven Soderbergh’s hands — Whitacre’s good deed dovetails with his own major infractions and struggle with severe bipolar disorder.

There Oughta Be A Law: NoJobIsWorthThis.com (2009)

Synopsis: Documentary about the devastating impact of abusive bosses. And their victims’ national struggle to pass anti-harassment laws.

Posted by iwwggrandson on June 13, 2012 in Documentary, Whistleblowers, Women

Synopsis: Iraq Veterans Against the War testify about the atrocities they witnessed while deployed in the occupations of Afganistan & Iraq.

Posted by iwwggrandson on June 13, 2012 in Documentary, War, Whistleblowers

Synopsis: Mary Dwight works as a hostess at the Club Intime run by ruthless gangster Johnny Vanning. When one of her “clients” is murdered prosecutor David Graham questions Mary but she won’t cooperate and Vanning is acquitted. When Mary’s sister Betty is killed by one of Vanning’s thugs she decides to spill the beans and is beaten into disfigurement. At her bedside all the hostesses agree to testify.

Synopsis (Icarus Films): Tells the stories of several prominent “whistleblowers” around the world, including Sherron Watkins, a Vice President of Corporate Development who helped uncover the accounting fraud at Enron; Glenn Walp, former Security Officer at Los Alamos National Laboratory who exposed corruption and theft at the national security facility; Joseph Mangan, an American aviation engineer who informed European authorities of safety violations in the manufacture of the new Airbus A380 airliner; Jean-Luc Touly, an employee of Véolia Water, who exposed financial fraud in the French national firm; and Adamo Bove, Head of Security at Telecom Italia, who uncovered a secret bugging system installed in cell phones worldwide.

Posted by Metro Council on April 20, 2012 in Documentary, Whistleblowers

Synopsis (IMDB): Terry Malloy dreams about being a prize fighter, while tending his pigeons and running errands at the docks for Johnny Friendly, the corrupt boss of the dockers union. Terry witnesses a murder by two of Johnny’s thugs, and later meets the dead man’s sister and feels responsible for his death. She introduces him to Father Barry, who tries to force him to provide information for the courts that will smash the dock racketeers.